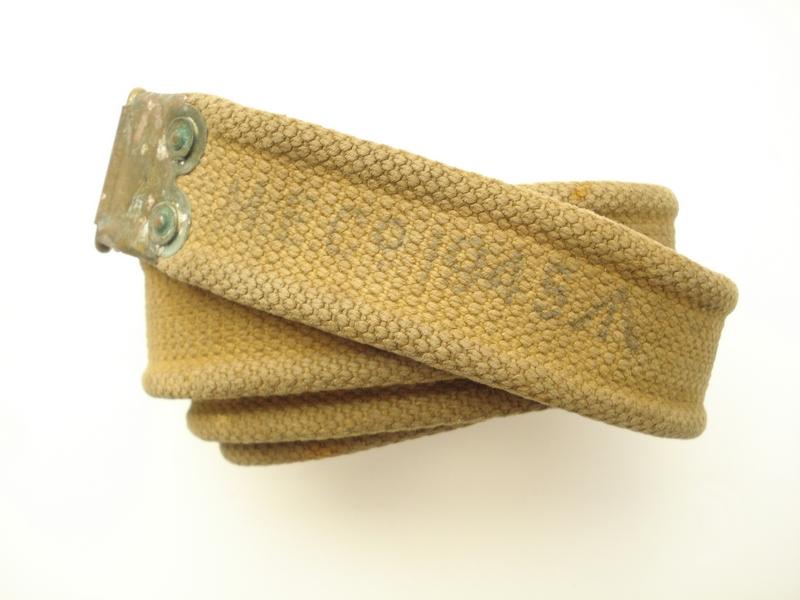 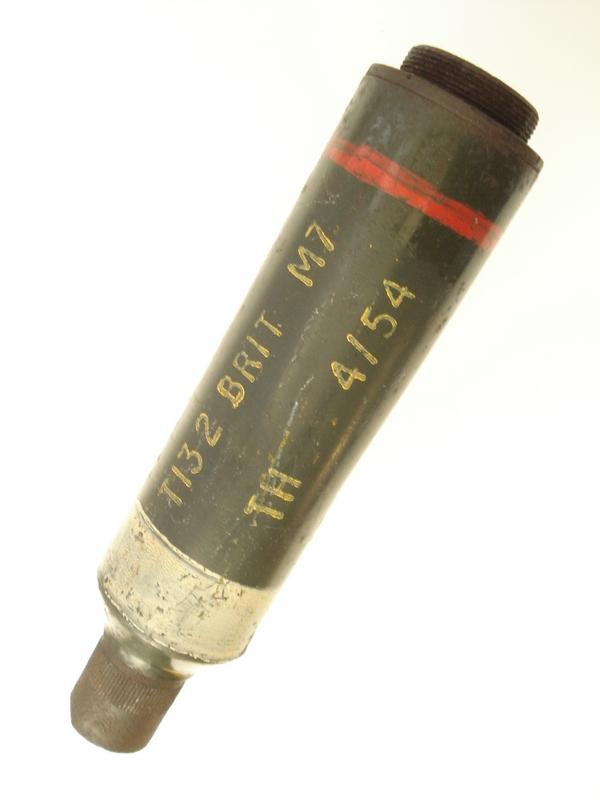 Here's something you are not likely to see everyday a rocket motor for the British 3.5-inch 'Super Bazooka'

Very good condition with its full complement of original stencilled markings over Bronze Green paint. Just under 9" long it is a heavy little lump. 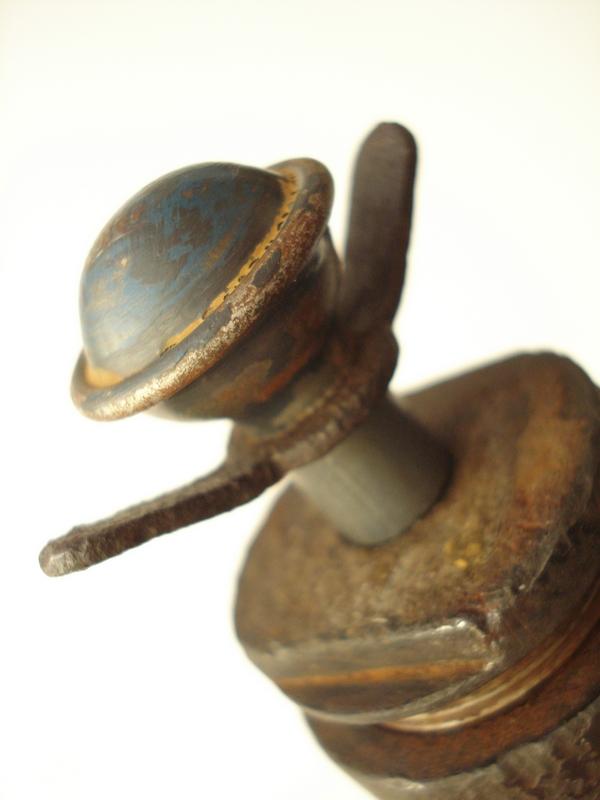 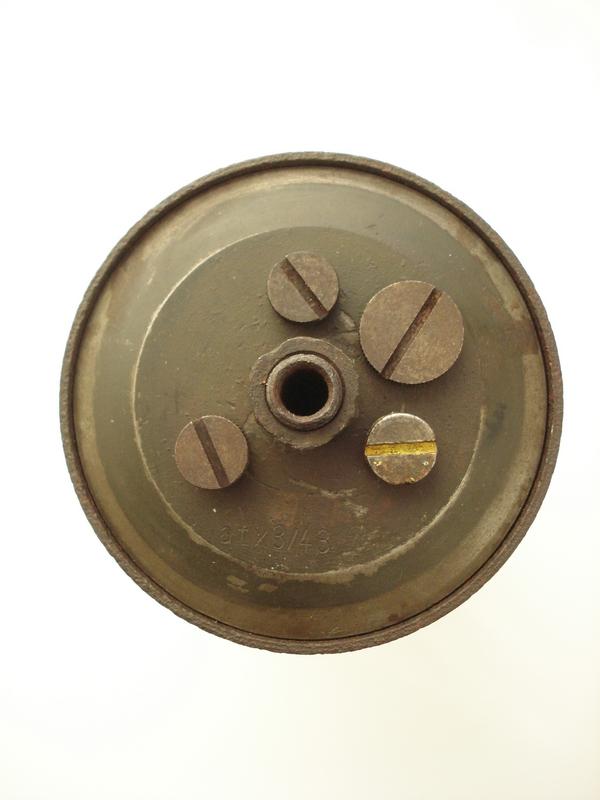 Inert, early war German M24 H.E stick grenade with warning on the can to insert a detonator before use.

Semi-relic condition, it could be greatly improved with some TLC. The can has a good amount of original green paint intact, the end cap is WaA marked. 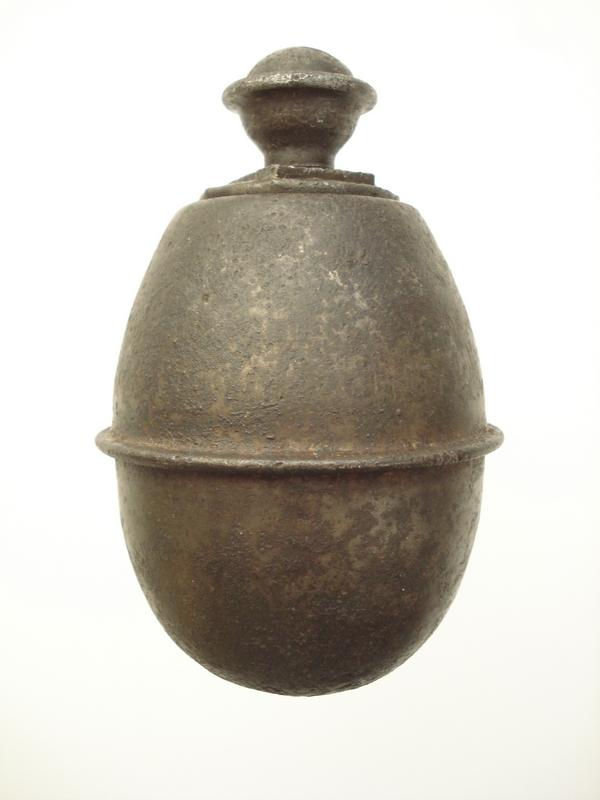 B.Z ignitor fitted this is stuck in place (a good soaking in release agent would possibly free it) has the less commonly seen square nut.

Dent to the body, no holes. A good honest egg that di... read more 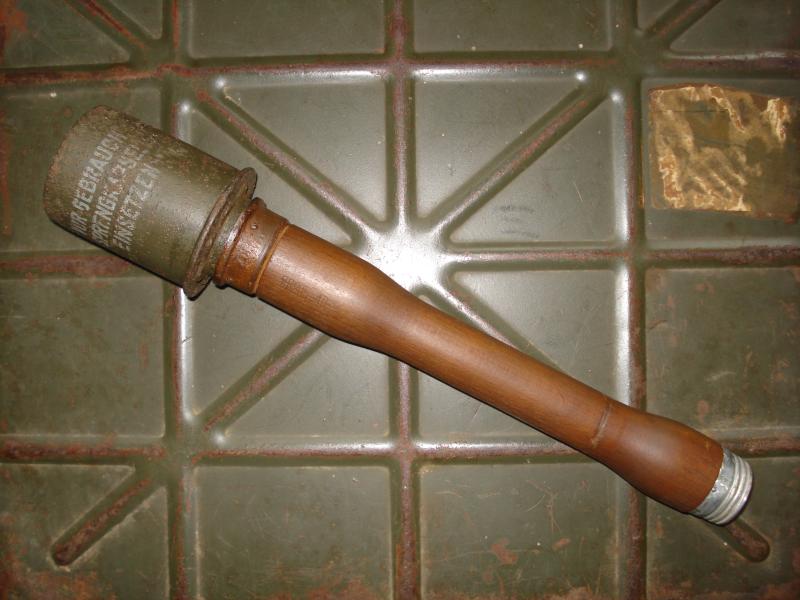 The H.E can has most of its original paint & markings, including WaA stamp. Both can & stick bear the back to back RR mark of Richard Rinker. 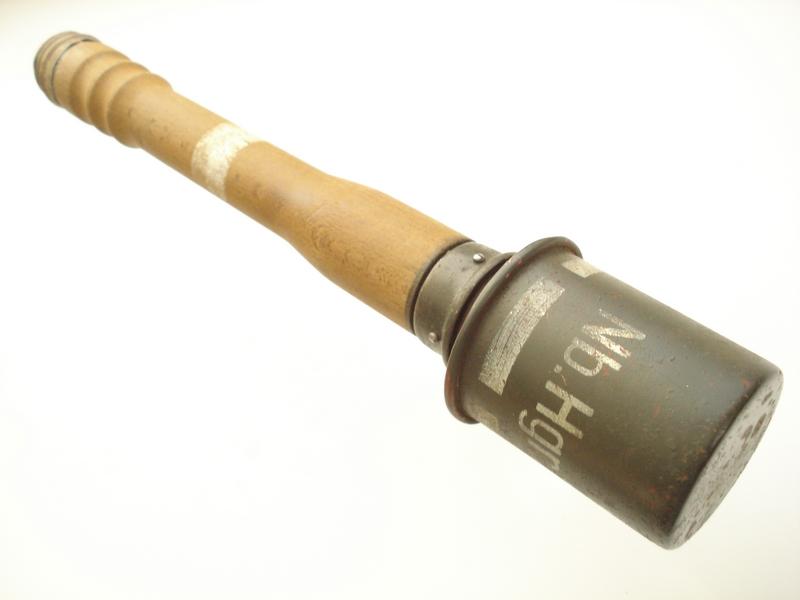 Rarer than the H.E model, you won't find better. Inert/F.F.E 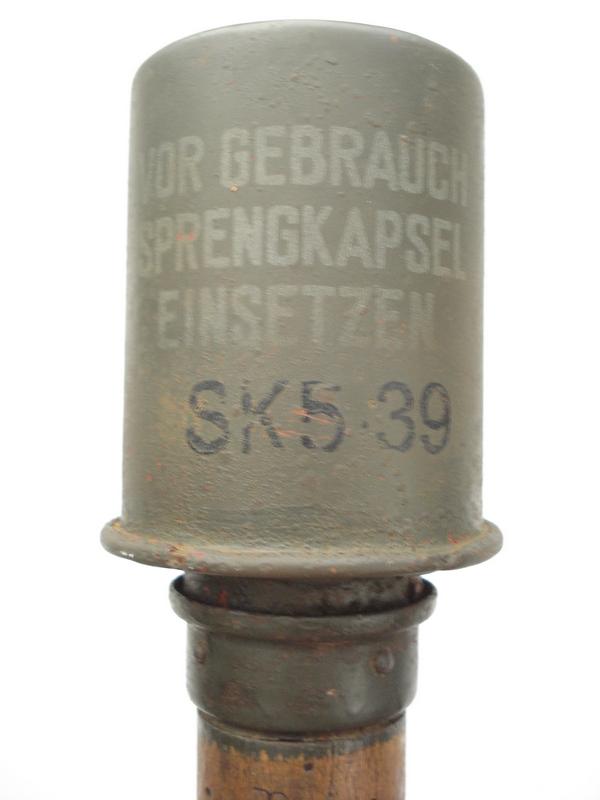 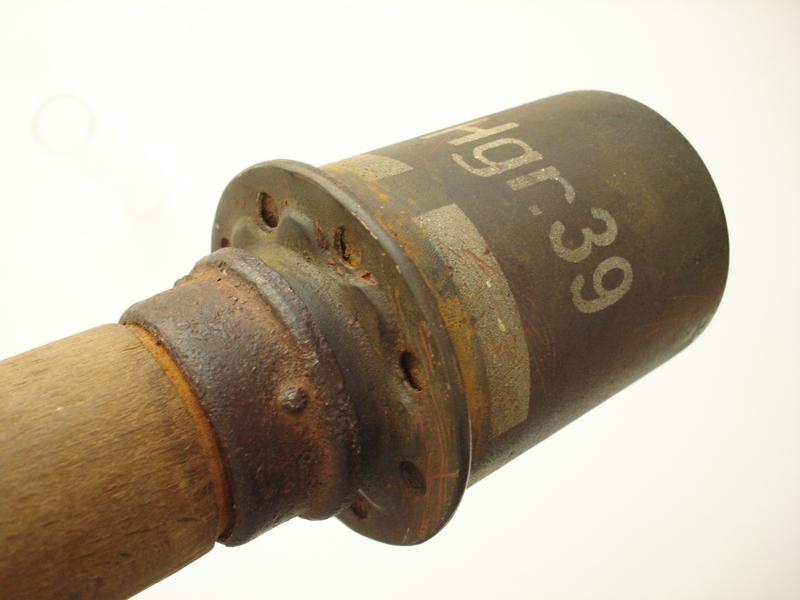 Very good German model 39 smoke stick grenade.
most original paint & stencilling, no holes or dents to the can. Little bit of corrosion to the end cap with small repair. 1940-41 dated.